“CroDesign21” as it is mine new Forums Username was created as simple Web Site to showcase Demo Works and Old Works which I did. Most of projects are pretty old/discarded, and for lot of them there is source code available on GitHub so others can look at it and try to improve it. There are […] 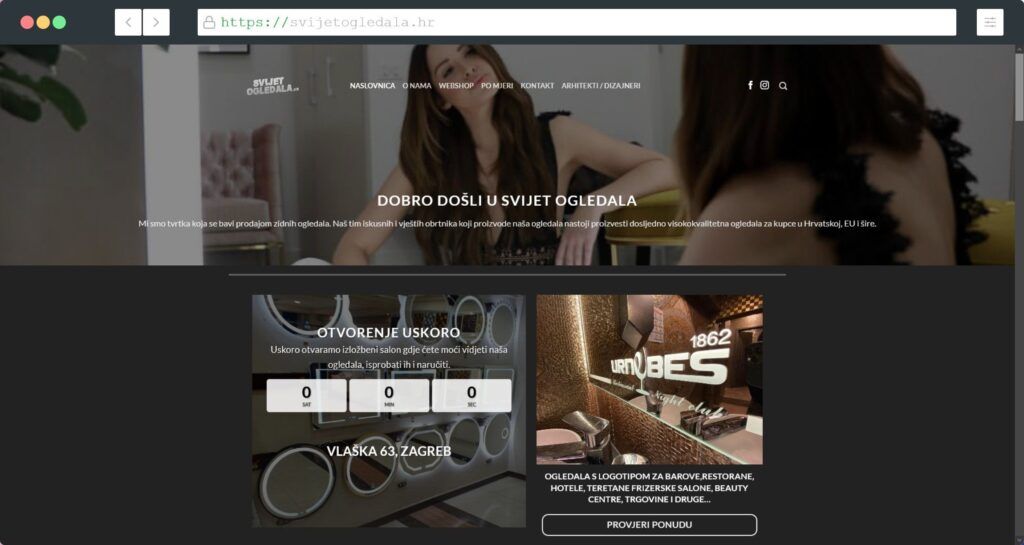 “Svijet Ogledala” Web Site is created in November of 2020. as project on which people can see and order customized mirrors for your walls. On this project I started basic design and all important security configuration on which client is adding items and editing site to be configured as he wants with design. Site is […] 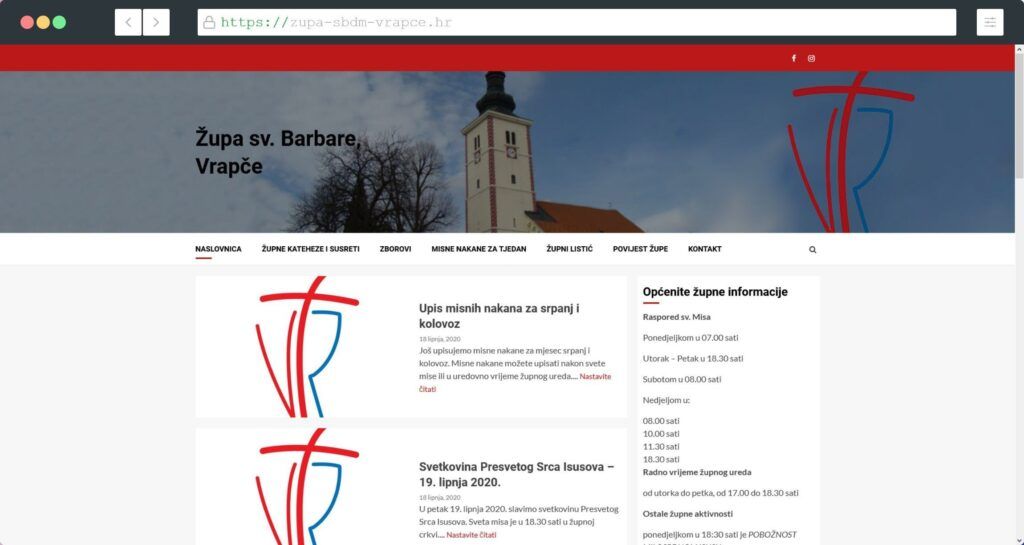 Web site for “Parish of St. Barbara’s, Vrapce” (Croatian: župa sv. Barbare, Vrapče) is created from necessity because old version of web site couldn’t be retrieved back after old web designer and web administrator decided not to extend domain and hosting plan. Because of that new pastor of Church decided to call me to create […] 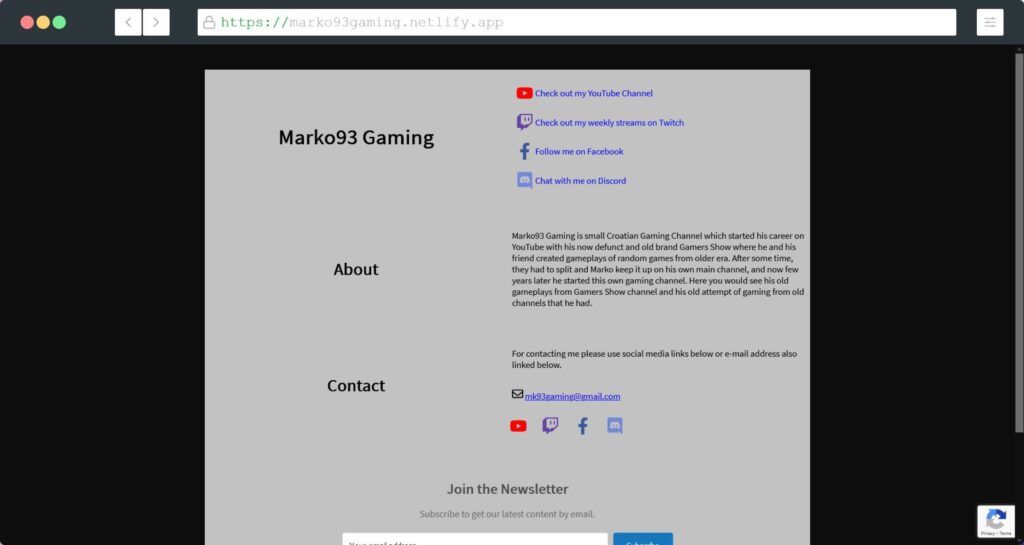 Small promotional Web Site for “Marko93 Gaming” started as blank idea to create simple, but still useful web site for new project of mine, namely like YouTube Channel which I wanted to create few months ago just to keep it up with old Gaming Videos which I made for multiple Channels that I owned or […] 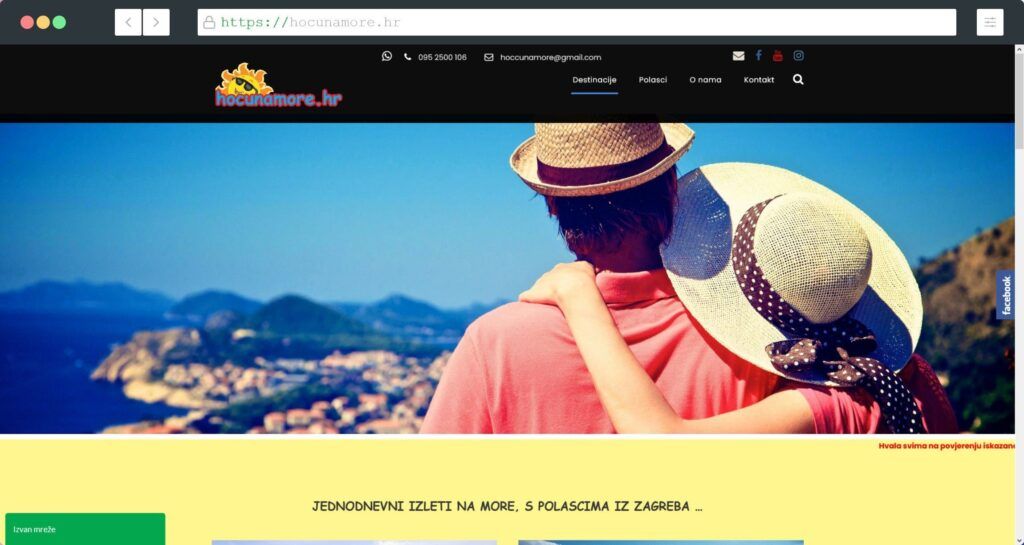 Web Site hocunamore.hr (Hoću na more) started as small idea for restarting and rebuilding web site for Šimun Emanuel Putovanja’s domain and web site which they got year ago, but after some problems with CMS and hacks they closed it for good. Website is rebuilt using WordPress as CMS now, and it uses theme “Travel […] 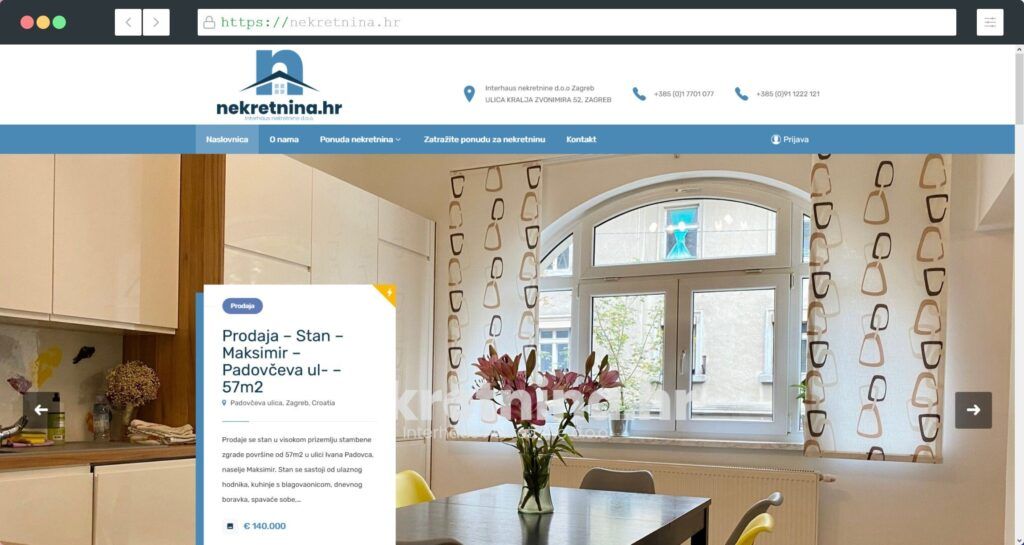 Project named “MyBar.hr” started as idea in mid-February 2018. while company “MojBar2018 j.d.o.o.” was still in development. It started as simple promotional web site and after first round of design it got approved. Few months later it got integrated with Web Shop platform WooCommerce by the owner which is currently administering web site on their […] 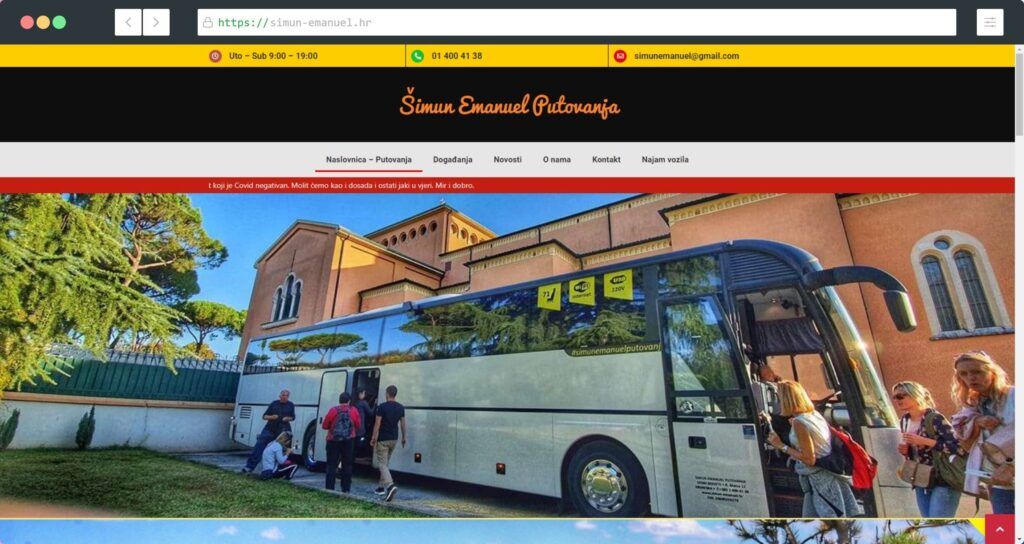 “Šimun Emanuel Travels” (in Croatian – “Šimun Emanuel Putovanja”) Web Site was originally built in 2015. using WordPress and using theme “Altair”. It was built to be ready for heavy images and constant uploading of images in posts and tours list. Because original development and design team spread all around the world and couldn’t anymore […] 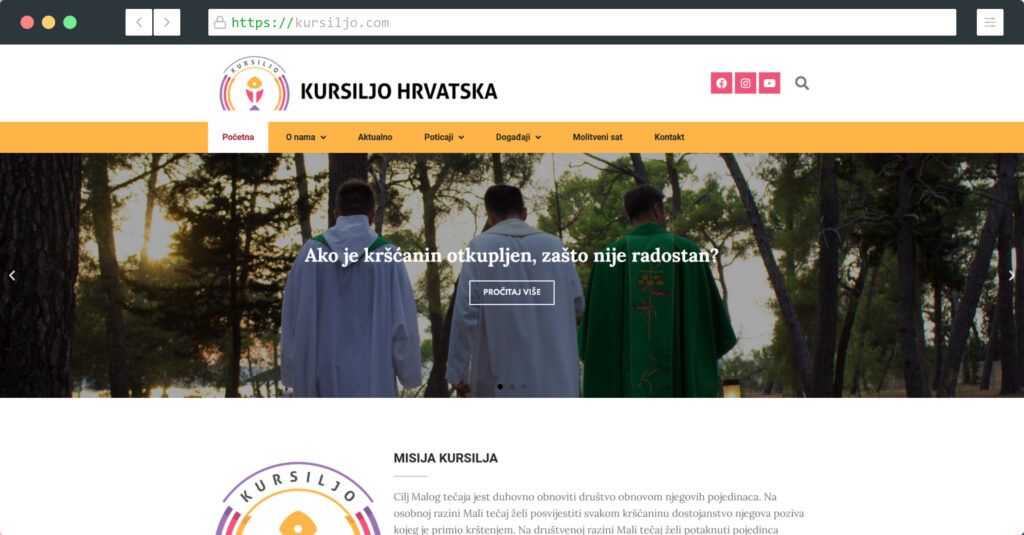 Web Site of Kursiljo Croatia was created in March of 2009. using Joomla! as CMS. For that time it was used to show basic contact informations about Kursiljo (Cursillo) and when people can register to go on Catholic Camp on Krapanj Island. It was running Joomla as CMS for a while until early 2018. when […] 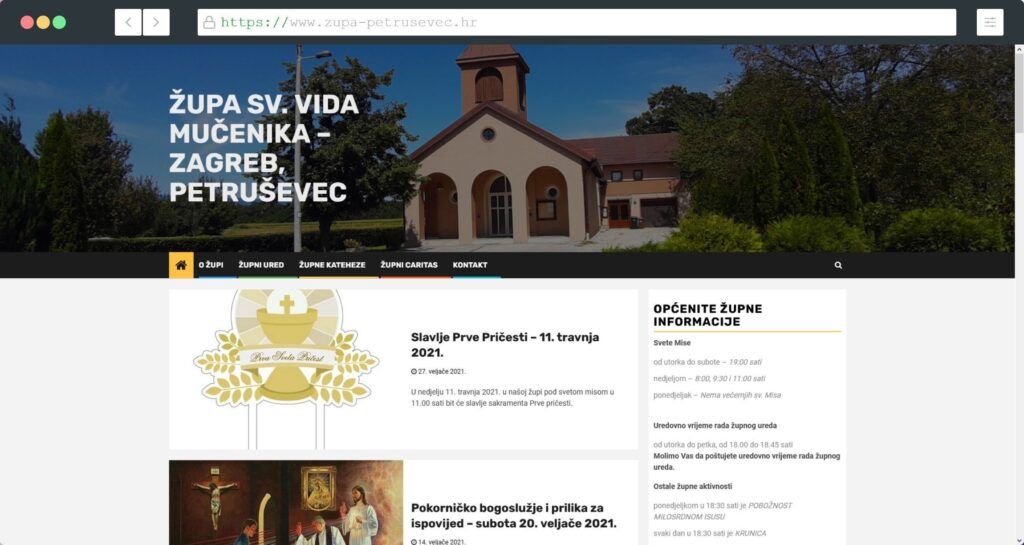 Web site for “Parish of St. Vitus, Petrusevec” (Croatian: župa sv. Vida, Petruševec) is created in November 2007. and it is originally published to public in December of same year. I early days it was built using HTML 4.0 Transitional, bit of JavaScript and CSS2.1. First major refresh was created in August 2012. when it […]

Manage Cookie Consent
To provide the best experiences, we use technologies like cookies to store and/or access device information. Consenting to these technologies will allow us to process data such as browsing behavior or unique IDs on this site. Not consenting or withdrawing consent, may adversely affect certain features and functions.
Manage options Manage third parties Manage vendors Read more about these purposes
View preferences
{title} {title} {title}